We are in the last days of our adventure, and I am determined not to fail the blog entirely. With EA here, we have been packing our days full and trying to use every moment we have to either explore…or nap.

The end of last week was less than ideal, as it found John Henry and I in a children’s hospital for a nasty cut on the back of his head. 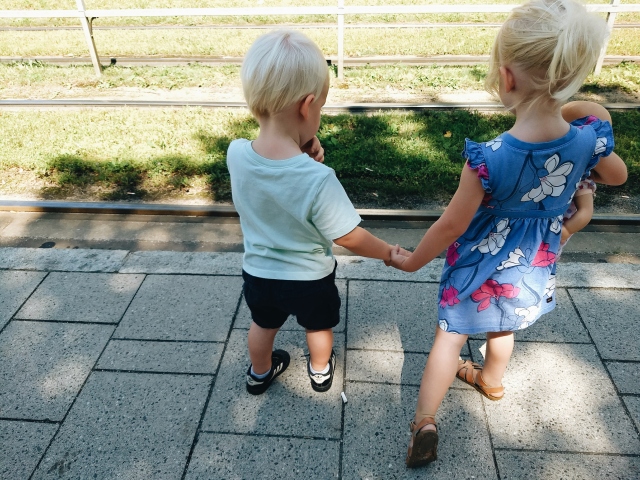 After our big Nuremberg day on Wednesday, we decided Thursday would be the ideal day for a slow morning, a grocery store run, and some nice long naps in the afternoon. We had some especially sweet sibling views that morning. 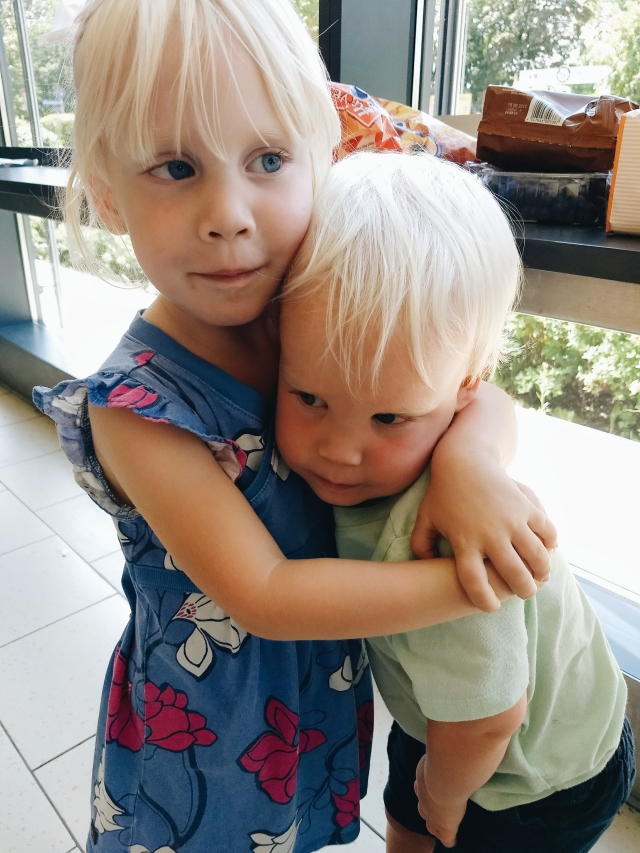 Ironically, it was this moment, Edith comforting John Henry after he pulled the stroller over on himself (the boy is so impulsive) that turned into them falling over backwards and John Henry cutting the back of his head on the bottom window ledge. The blood was shocking enough and I felt uncertain enough of what he needed that I let the grocery store employees call the paramedics, who suggested I take him to the clinic to get it cleaned and taken care of. So I consented to a European ambulance ride and felt so grateful to have EA there to take Edith and my stroller and my groceries home. 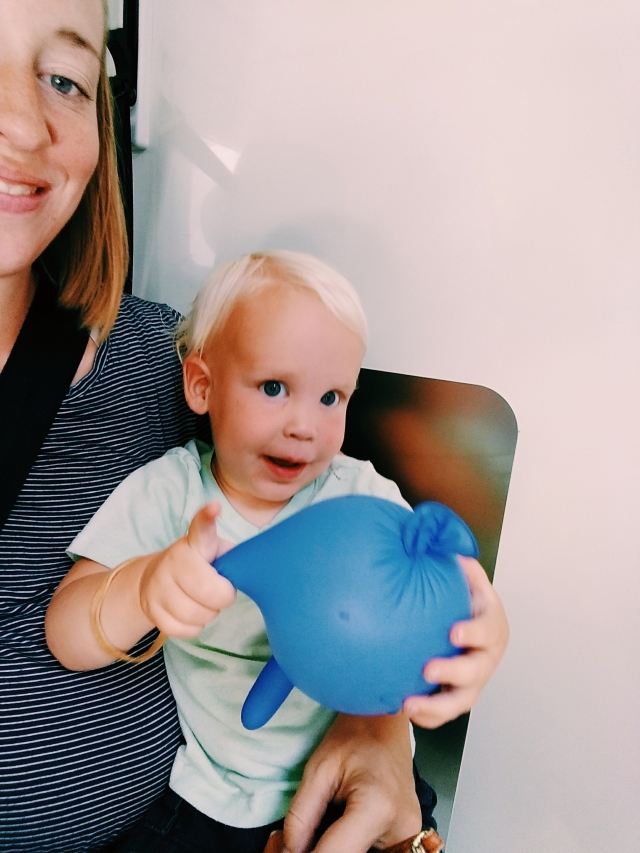 John Henry was so brave and a complete trooper through the whole experience. Here he is, delighted by both the ambulance and the medical glove elephant. As we only have service on our phones when we have an internet connection, I was not yet able to get a hold of Travis and had to make these decisions on my own. I discovered through this experience just how much of a teammate he feels to me; I don’t need him to make decisions for me, but I rely on him to be with me in decisions like the ones I had to make for our child.

The medics had told me it would be about two hours total, but JH and I ended up waiting six plus hours before a doctor saw us. Upon arriving, they assessed his head and determined it didn’t need immediate attention. So we registered and then went to the waiting area. Thankfully European children’s areas are usually pretty great, and this one delighted John Henry and kept him busy for most of the time we waited.

Processed with VSCO with f2 preset

Processed with VSCO with f2 preset

Surprisingly, the hospital did not have public wifi, which I had been counting on, so I wasn’t able to keep in touch with EA or contact Travis. This was okay for the first hour or two, but in the late afternoon when I went to check on our place in line and the receptionist informed me that there were still eight people in front of us, I burst into tears and asked if there was any way I could get some internet so that I could contact my husband who didn’t know where we were or how his son was doing. The very kind receptionist took pity on me and offered me the use of her personal phone. 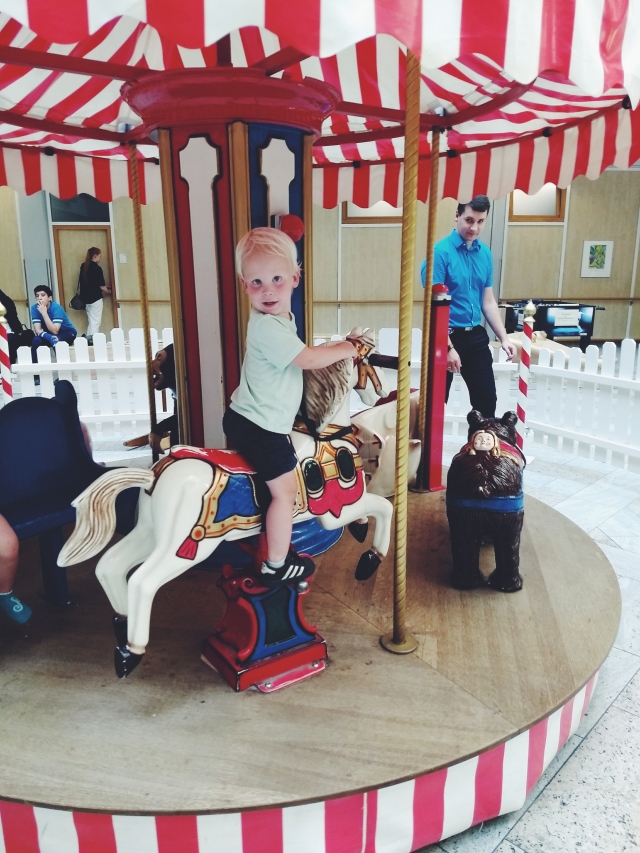 By about 5:00, they finally saw John Henry, cleaned his head up, and glued the cut closed. He didn’t cry all day besides the initial bump and I was very proud of him taking this whole day like a champ. I suppose stitches and large cuts and trips to the ER are inevitable with him considering how he lives his life, but I am hoping the next incidents occur where I can call my husband and speak the language.

Friday morning we decided to check off the final church in the old city on EA’s list of places to see and then grab a sausage at the “Wurstlkönig,” the “sausage king.” We entered the old city through a new to both of us gate, my favorite of all of them. Sadly, the church was closed for cleaning and John Henry must have been still suffering a bit from the day yesterday and was a total, weeping grump, so we called off our plans, sent EA to the museum, and headed home for rest and shade. 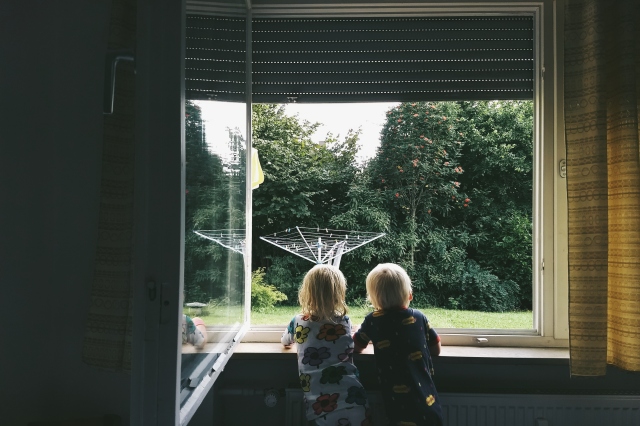 That night, we took advantage of our live-in babysitter and Travis and I went out to celebrate our five year anniversary, a little early.

I had read that Munich is a great place for Turkish food, and Travis happened to have a classmate from Turkey in his language course. He asked her where we could find some authentic Turkish food, and she directed us to this place, which serves manti, a special kind of Turkish dumpling. They drench the dumplings, filled with beef, with tomato sauce, yogurt sauce with garlic, and a butter paprika sauce. There are then different topping options, and I went with pastrami (recommended by the waiter) and olives. The food was absolutely delicious, and it seemed appropriate to celebrate with Turkish food, as Turkey is the place that began this whole adventure in the first place. 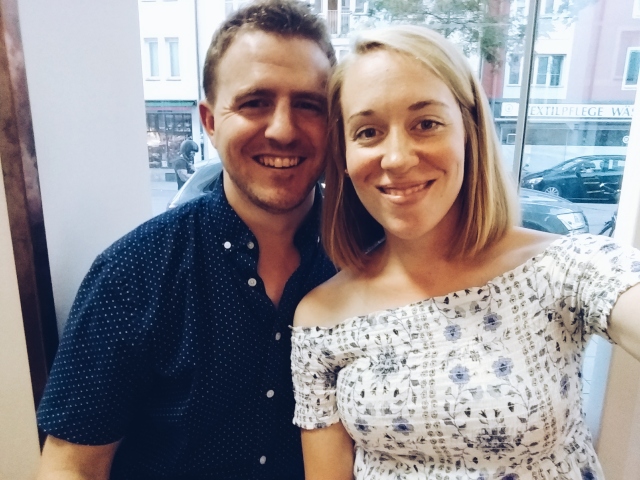 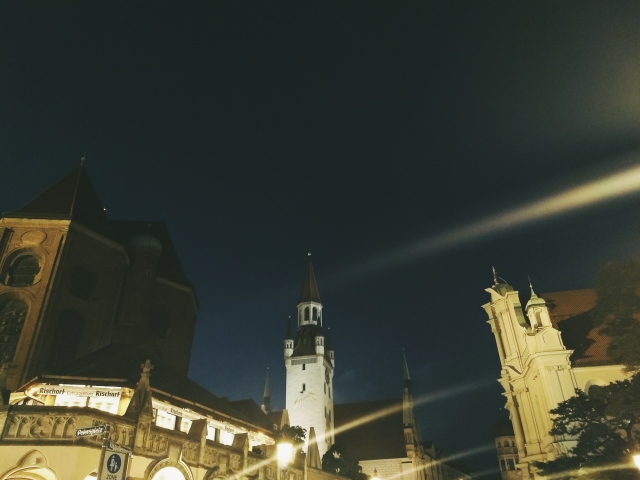 After dinner, we headed over to a favorite Italian spot for gelato. The walk through the center of the old city was quite lovely, and as it was only the second or third time I have seen the city at night, I especially enjoyed it.

Travis’ words when the waiter placed these in front of us: “The best part is that I get to eat all of this myself.” Truer words have never been spoken. I’m glad that at year five, we have two little vultures who eat our ice cream, but I am also glad I didn’t have to share this with anyone.

One thought on “Catching up: last week”